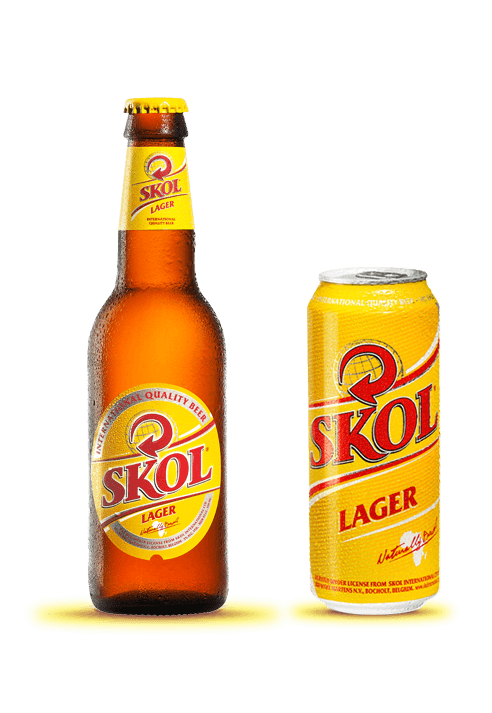 The name itself, SKOL, defines the brand’s place in the beer occasion. SKOL is an old word from the time of the Vikings that was mostly used to strengthen relationships when celebrating and relaxing amongst friends. It could be likened to the universal terms of “cheers” and “Santé” that are used today. In times of stress it was also used as a shout of encouragement to friends and allies to keep strong, keep going, a deep showing of support.

The brand is underpinned by a commitment to quality that was entrenched in the initial idea by all of the four original breweries that formed SKOL by sharing technology and knowhow to ensure that the beer is the best quality wherever it is sold around the world. Currently the brand SKOL is the fifth biggest beer brand by volume in the world.

The first SKOL launched in Africa was in 1965, in Democratic Republic of Congo.

Today the brand in Africa draws on the roots of friendship and celebration while adding the African elements of “joie de vivre” and adventure. SKOL delivers a refreshing, smooth taste as it is always made using natural and pure ingredients. “SKOL: turns acquaintances into firm friends, makes good times great”.

A number of sub brands have been developed and launched since the 1965 launch to ensure all the tastes and needs of the African beer drinker are catered for. SKOL malt, a 100% pure malt beer, SKOL Cactus, a tequila flavored beer, SKOL force, a stronger tasting and alcohol variant beer. All the SKOL offerings are based on the high-quality commitment enshrined in the core of the brand.